'Gully Lovely' is taken from Bonair-Agard's 'Gully' and Willie Perdomo's 'Smoking Lovely'. The show featuring Bonair-Agard and New York born poet Willie Perdomo, showcased a mix of Spoken Word styles. Muhammad Muwakil, one of the Founders of the Open Mic sessions U.We Speak and well known to local audiences started off the show with his typical fastpaced, hardhitting and energetic.

Gillian Moore, Founder of Songshine an Open Mic forum which takes place in St. Augustine, really pleased the audience on Sunday evening with her soothing, folk styled rendition of her original music.

Elan Parle, award winning Caribbean Jazz Fusion band, played throughout the show providing the bridges between performances. As always, they were excellent.

3 Canal the Rapso group known for their thought politically influenced, thought provoking lyrics had the crowd on their feet both nights with their set.

Featured artist, award winning  poet and author Willie Perdomo from New York kept the audience entertained with his mix of humourous and serious poetry. No doubt we will be seeing Willie back in T&T as he is now a confirmed fan of Maracas, Bake and Shark and St. James nightlife.

Roger Bonair-Agard did not disappoint. The two time peformer on HBO's Def Poetry Jam, Winning of National Poetry awards and author of two collections of poetry had the crowd asking several times for 'one more' on both nights.

'Gully Lovely' attracted a who's who of the local artistic community including Robert Young of the Cloth, who outfitted Roger on both nights, Chantalle Esdelle of the Jazz Band Moyenne, Michael Cherrie, Actor, Mariamma Kambon, Photographer, Niketa Yearwood, President of the Circle of Poets, Hugh Wooding-Thomas , Attillah Springer, Idakeda Director and Camille Quamina, Actress and Singer.

Over the years, Dara has served as the Master of Ceremonies for many shows of significance.

She most recently hosted the Opening Night Show of the Emancipation Village, featuring the 2009 Calypso King and Queen, the Malick Folk Performing Co., COBA, dance and performance group from Canada and Idakeda's own Chibale.The audience included members of the Diplomatic Corps,visiting chiefs from the African continent, businessmen and members of artistic royalty, notably David Michael Rudder and his family.

She has performed Master of Ceremonies duties for major programmes involving the Corporate Community, Prime Ministers, local and international members of government, intellectuals, artists and dignitaries, members of the Diplomatic Corps, and global figures such as Winnie Mandela.

Click here for photos of Dara in action at 'Gully Lovely'

Stay with us on our journey … 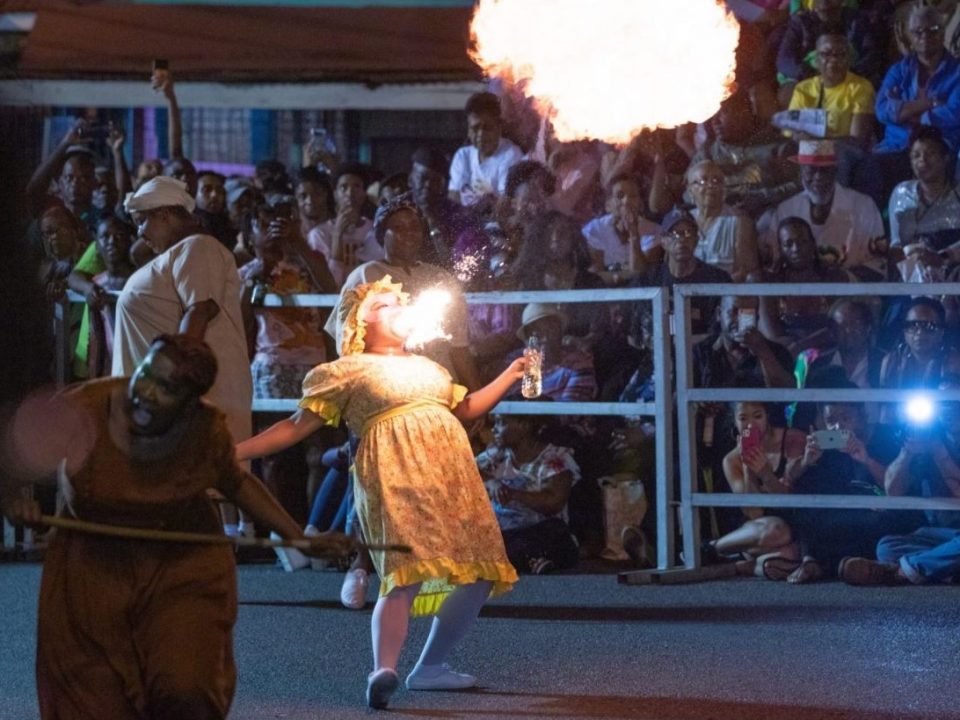